The ACM Web Science 2014 Conference was hosted on the beautiful campus of Indiana University, Bloomington from June 23 to June 26, 2014.

Web Science studies the vast information network of people, communities, organizations, applications, and policies that shape and are shaped by the Web, the largest artifact constructed by humans in history. Computing, physical, and social sciences come together, complementing each other in understanding how the Web affects our interactions and behaviors.

The Proceedings of ACM Web Science 2014 are available on the ACM digital library.

Dame Wendy Hall is a Professor of Computer Science at the University of Southampton, UK, and Dean of the Faculty of Physical and Applied Sciences. She has been a pioneer in the development of research on multimedia and hypermedia, digital libraries, Semantic Web, and the emerging discipline of Web Science. Her current research includes applications of the Semantic Web and exploring the interface between the life sciences and the physical sciences. In addition to her PhD from Southampton, Hall has honorary degrees from Oxford Brookes University, Glamorgan University, Cardiff University, the University of Pretoria, and the University of Sussex. She has served as Head of the School of Electronics and Computer Science at Southampton, Senior Vice President of the Royal Academy of Engineering, member of the UK Prime Minister's Council for Science and Technology, founding member of the Scientific Council of the European Research Council, President of the British Computer Society, and President of the ACM. She is a Fellow of the ACM, the Royal Society, the British Computer Society, the Institution of Engineering and Technology, the City and Guilds, and a Dame Commander of the Order of the British Empire. Through these UK and international leadership roles, Dame Wendy Hall has played a prominent role in shaping science and engineering policy and education. Various news organizations have listed her among the most influential women in IT and in the UK. Among her many honors we note the Anita Borg Award for Technical Leadership. Hall is a Founder and the Managing Director of the Web Science Trust. JP Rangaswami is Chief Scientist at Salesforce.com. He studied Economics and Statistics at St. Xavier's College, University of Calcutta, specializing in developmental economics. With a background in economics and financial journalism, Rangaswami has been a technology innovator and chief information officer for major financial firms, such as British Telecom and Dresdner Kleinwort Wasserstein. Rangaswami was named CIO of the Year by Waters Magazine and CIO Innovator of the Year by the European Technology Forum. He was named among technology's 50 most influential individuals in the Silicon.com Agenda Setters poll and ranked 18th among Wired Magazine's most influential digital power brokers. He is a fellow of the Royal Society of Arts and the British Computer Society. Rangaswami is an outspoken advocate of open source and using emerging and disruptive technologies to improve information sharing, education, and collaboration. He has been a leading force in the success of multiple startups, including School of Everything, Salesforce.com, and Ribbit. Rangaswami is passionate (and blogs) about how work is changing: the paradigms created by globalisation, disintermediation, and the Web; publishing, search, fulfillment, and conversation; interactions between telephony, wireless internet, and mobile devices; intellectual property rights and DRM; and how information creates value by being shared, how it is enriched and corrupted.

Laura DeNardis is a scholar of Internet architecture and governance and a Professor of Communication at American University in Washington, D.C. She is an affiliated fellow of the Yale Information Society Project and served as its Executive Director from 2008-2011. She is a co-founder and co-series editor of the MIT Press Information Society book series and currently serves as the Vice-Chair of the Global Internet Governance Academic Network. She has previously taught at New York University, in the Volgenau School of Engineering at George Mason University, and at Yale Law School. With a background in information engineering (Cornell University) and doctoral training in Science and Technology Studies (Virginia Tech), DeNardis is an expert consultant in Internet governance and architecture to Fortune 500 companies, foundations, and government agencies. In the 1990s she was the President of Internet strategy consultancy Atlantic Consulting Group (Falls Church, VA) and previously worked as a computer networking management consultant for Ernst & Young's global information technology practice. Her books include The Global War for Internet Governance (Yale University Press, in press); Opening Standards: The Global Politics of Interoperability (MIT Press 2011); Protocol Politics: The Globalization of Internet Governance (MIT Press 2009); and Information Technology in Theory (2007). Daniel Tunkelang is Head of Query Understanding at LinkedIn, where he previously formed and led the product data science team. LinkedIn search allows members to find people, companies, jobs, groups and other content. His team aims to provide users with the best possible results that satisfy their information needs and help to get insights from professional data. Tunkelang has BS and MS degrees in computer science and math from MIT, and a PhD in computer science from CMU. He co-founded the annual symposium on human-computer interaction and information retrieval (HCIR) and wrote the first book on Faceted Search (Morgan and Claypool 2009). Prior to joining LinkedIn, Tunkelang was Chief Scientist of Endeca (acquired by Oracle in 2011 for $1.1B) and leader of the local search quality team at Google, mapping local businesses to their home pages. He is the co-inventor of 20 patents.

Please submit papers using EasyChair. See the Call for Papers below for the range of topics and submission types.

Full and short paper and poster submissions should be formatted according to the official ACM SIG proceedings template. Please make use of the ACM 1998 classification scheme, and submit papers using EasyChair.

Submissions do not need to be anonymized.

Camera-ready instructions for accepted submissions can be found at the following link.

Call for Papers and Posters

Call for Workshop and Tutorial Proposals

Places & Spaces: Mapping Science is meant to inspire cross-disciplinary discussion on how to best track and communicate human activity and scientific progress on a global scale. Maps have an amazing power to help us understand, navigate, and manage both physical places and abstract knowledge spaces. The maps in the Places & Spaces exhibit range from groundbreaking historic maps, including a figurative map of Napolean's march to Moscow, to visualizations on the cutting edge of the most current trends and dynamics, like a map of the US national mood based on tweets and a map illustrating linkages between eight different-language Wikipedias. The exhibit is a 10-year effort, with 10 new maps added each year, culminating in a breathtaking collection of 100 maps submitted by mapmakers across the globe.

Update: the winners have been announced

The goal of the WebSci2014 Data Challenge is to encourage the submission of innovative visualizations of web data. For this purpose we are providing four publicly available datasets, cash prizes, and a place in the WebSci2014 conference.

This section of the website provides periodic updates on the Challenge. For the deadline, rules, prizes, judging criteria and other details, please see the Call for Participation. For details on the datasets used in the Challenge, see this page. 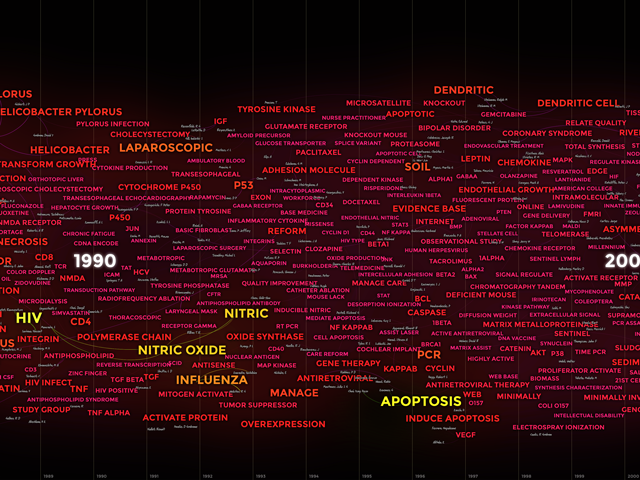 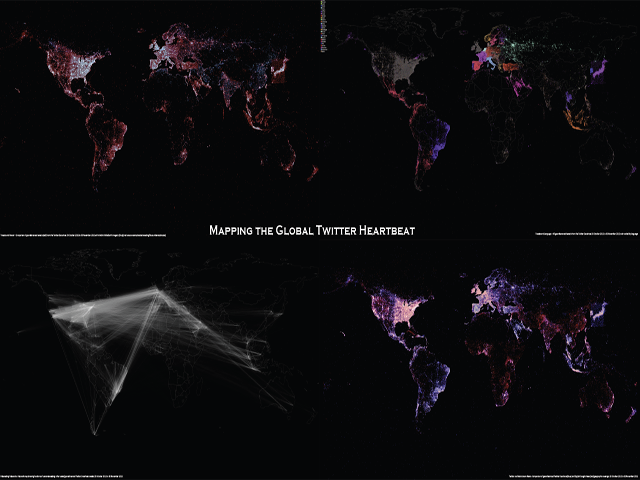 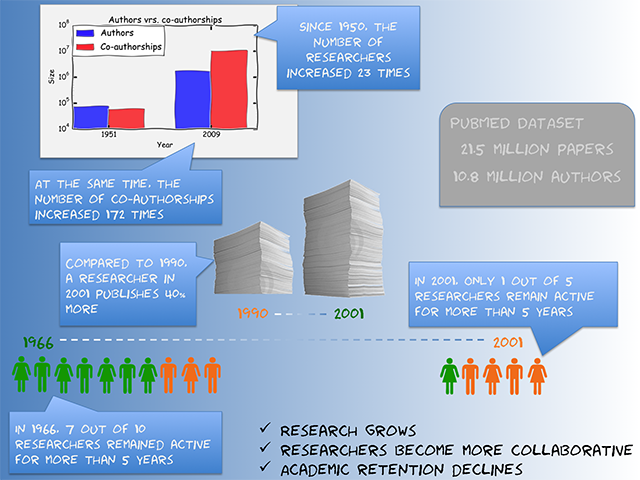 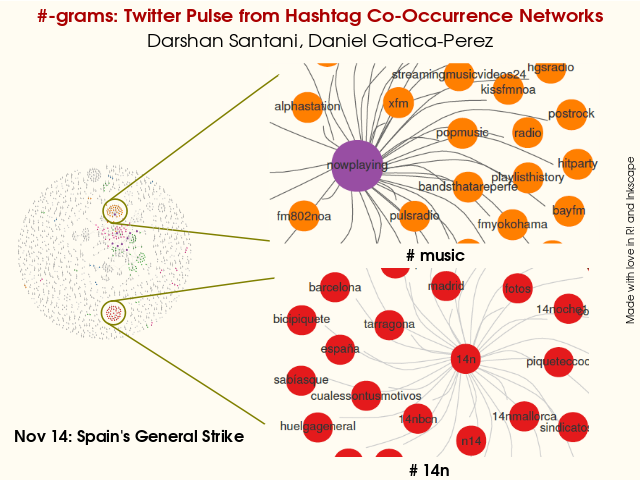 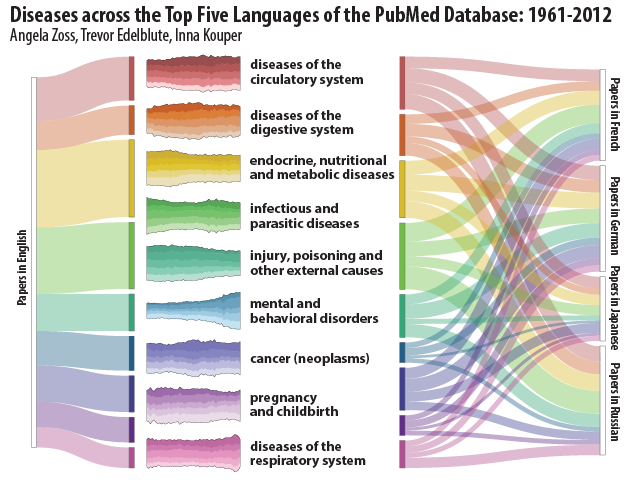 The following is the official list of accepted satellite events. All workshops will be held on June 23.

A final session panel on the grand challenges for Web Science will close the conference.

Here is a map of the IMU building (PDF).

Please help us plan for your arrival by registering early.

†If you are registering as a student, please be prepared to enter your student ID number when you register.

When registering on-line you will have the option to pay by credit card (American Express, MasterCard, Visa, Discover), check, purchase order or wire transfer.

For additional information regarding payment, cancellation, and how to request visa support letter, please click here.

The closest airport is in Indianapolis, Indiana. There are flights to Indianapolis from all major hubs.

Ground Transportation from Indianapolis Airport to the Indiana Memorial Union

Train or bus service is not available from the airport to Bloomington. Taxis service is expensive. We suggest that you book reservations on a shuttle ($15 one way), limousine or car rental.

Ground Transportation from Chicago Airport to the Indiana Memorial Union

Parking is available in two lots adjoining the Indiana Memorial Union. If you are a guest of the hotel, parking is free. If you are commuting or staying at another hotel and driving to the IMU, you may park in these two parking lots for a fee. Discount parking vouchers will be available at the registration check-in desk for Web Sciences participants.

The Indiana Memorial Union (IMU) operates as a hotel, a conference center and a student union. It is located in the center of campus. Conference registration, sessions and many of the conference meals and social event will be located at the IMU or in close proximity to the IMU. For your convenience, we recommend that you book your hotel reservations at the IMU.

You can make reservations online:

We encourage you to make reservations early as accommodations at the IMU may be limited. The Web Science block of hotel rooms will be released to the general public May 22, 2014.

Hotel room rates vary based on type of room (single/double) and Weekday (Sun - Thurs) or weekend (Fri & Sat) check-in. The following are representative hotel room charges projected for the summer of 2014:

Weekend rates are approximately $20 - $20 per day additional charge. All rooms are subject to 12% tax.

Free, wireless internet access is available through the IMU.

Free parking is available to all guest who stay at the Indiana Memorial Union. Commuters or participants who elect to stay at a hotel other than the IMU, may park in one of the two parking lots adjacent to the hotel. Discount parking passes will be available at the registration desk.

The following are accommodations located in close proximity to campus.

The IMU has several dining options, including the elegant Tudor Room. Outside of campus, within a few minutes walk from the IMU, you will find a wide range of restaurants on and around Kirkwood Ave (just west of the Sample Gates). We recommend the many ethnic food options on 4th St., one block south of Kirkwood. The map below shows only a small sample of the possibilities.

Thanks to the generous support of ACM SIGWEB student authors attending WebSci'14 can apply for a student travel award. To apply, please download the application form and follow the instructions there. The deadline for applications is June 9th.